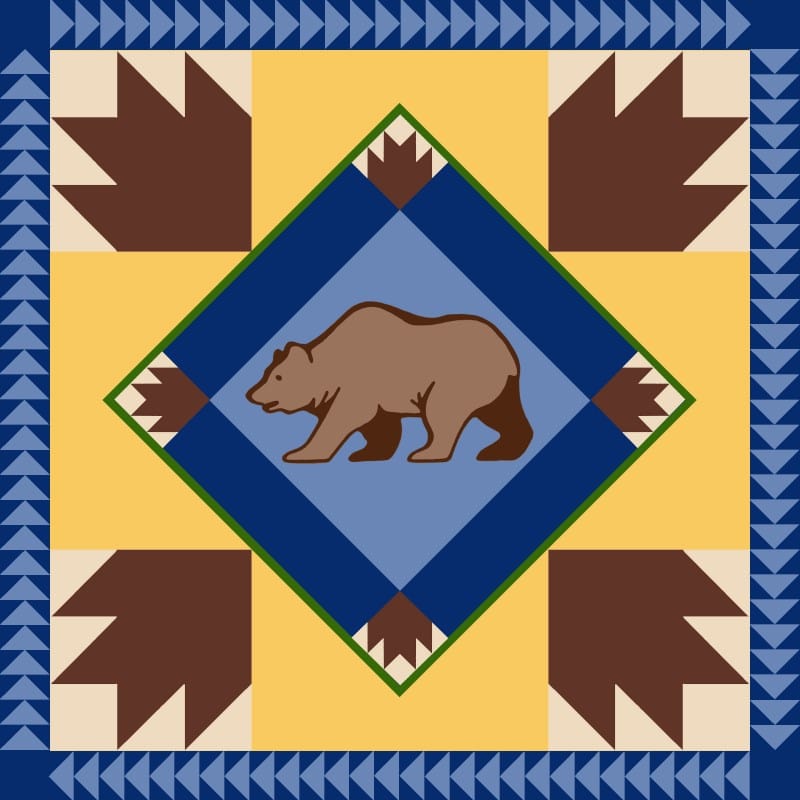 Commemorating the 150th anniversary of the California State Park system, the traditional designs of bear paw and flying geese were used with the blues of the Pacific and golds of our rolling hills. The California grizzly bear is on our state flag and the official state animal of California.